July2022 - The Mystery of the Kingdom Revealed

“To you it has been given to know the mystery of the kingdom of God; but to those who are outside, all things come in parables.” - (Mark 4:11)

Many aspects of the Kingdom of God seem counterintuitive. That is, until we study what Jesus said about the Kingdom and allow God to reveal its mysteries to us!

Kingdom greatness comes out of smallness. Kingdom power comes out of weakness, Kingdom blessing comes out of sacrifice. Who would think a great tree was hidden within that seed? Yet God can hide victory behind defeat, gain behind pain, the crown behind the cross, and even a great Spiritual Awakening behind a Covid 19 type pandemic. What has He hidden in you and prepared for you, that still hasn’t been revealed yet?

Yours for the Manifestation of His Kingdom, Power, and Glory forever! 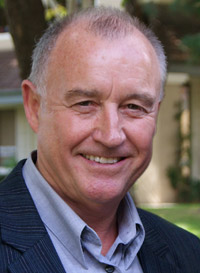